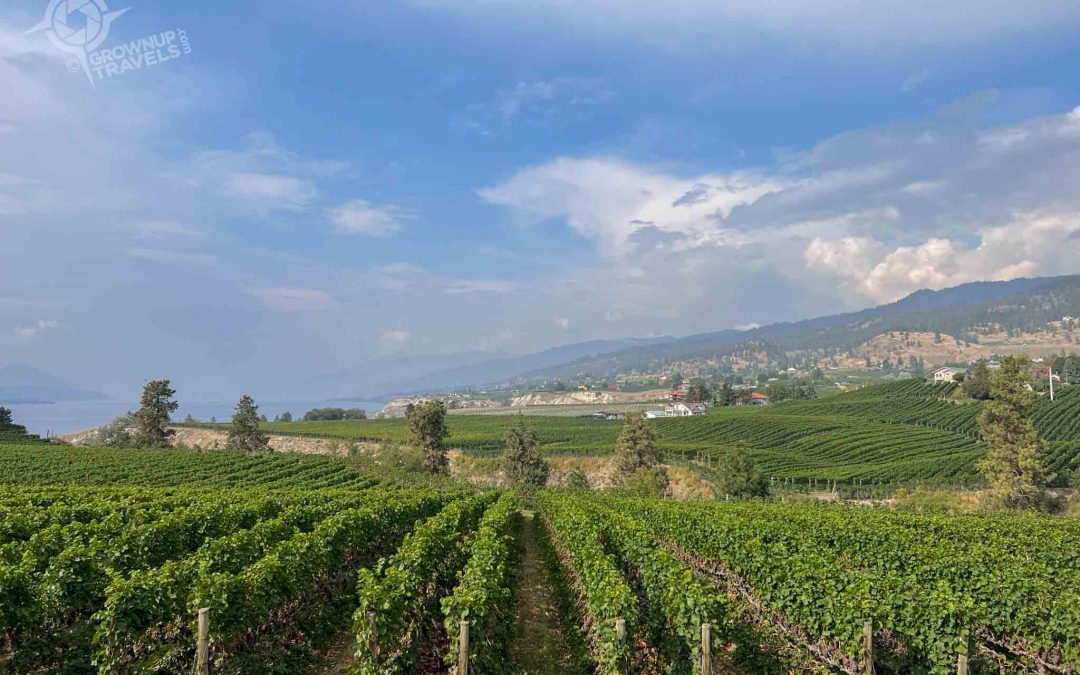 Back in the early 1950s, Cunard cruise lines launched one of its most memorable advertising campaigns, with its slogan “Getting there is half the fun!” So successful was that line that it was adopted into the travel vernacular, and people still use the expression today whenever the means of getting to a place is as much fun as the destination. Nowhere is this concept more true than in Penticton, British Columbia, where Henk and I embraced the city’s own “Fuel Free…almost” tourism campaign by renting e-bikes and cycling 34km on a piece of the Kettle Valley Rail Trail. Things to Do in Sooke, BC

It was actually the potholes that first attracted Henk and I to the small town of Sooke, British Columbia, on Vancouver Island – just not the kind of bone-rattling potholes you find everywhere on Canadian roads in the spring. Sooke’s Potholes actually refer to a feature along the Sooke River where carved depressions in the river bed were hollowed out during the last ice age. Known for years to the locals who use them as popular swimming holes, the potholes have become an off-the-beaten path attraction for visiting hikers as well. But as Henk and I learned on our visit, hiking to the Potholes is only one of many things to do in Sooke. Jennie Butchart, the visionary behind the world famous Butchart Gardens outside of Victoria was the first to admit that she knew ‘next to nothing about gardening” when she started her massive garden project. What Jennie did know, though, was that she valued beauty, and knew her way around colour and design. And she used that knowledge to create something whose sole purpose was to delight the eye…

There’s no shortage of beautiful trails if you plan to do some hiking on Vancouver Island (and you definitely should!) Luckily, for those of us who aren’t aggressively outdoorsy, there are many coastal trails that offer plenty of scenic rewards without killing yourself. Here are 3 easy-ish trails including a stellar one to a waterfall on Mystic Beach!