At What Cost, Travel? Cruise ships are destroying Venice with their wakes

Would you pay an entrance fee to visit Venice?

If that headline alarmed you or even angered you, you’re not alone. A recent series of articles in the media have sparked all kinds of debate about the growing problem of tourists overrunning La Serenissima, making the city of Venice anything but calm or peaceful. And not only that, the giant cruise ships that many of these day-trippers arrive on have been causing all kinds of damage, not just from their massive wakes undermining the foundations of the fragile city, but also the sheer amount of pollution that even one of these monster ships generates.

So to combat the issue of Venice being ‘destroyed’ slowly but surely by all of these visitors, the local government has proposed everything from outright bans on the cruise liners to fees for day-trippers who visit the city but don’t actually lodge there. Can you spot the tourists?

As you can imagine, this has created all kinds of controversy, everything from the ‘elitism’ that the fee could promote to the fear that Venice is becoming a museum, and not a ‘real’ city at all. Already, tourists pay a different fare on the local vaporetto (boat buses) versus the residents, in an effort by the local government to support Venetians who actually live and work in the city. But are these other suggestions going too far?

I’m not a big fan of cruise ship travel or 2-hour tours that do little more than scratch the surface of a place, and I have experienced first-hand the way these crowds influence the character of the cities they visit. It’s why I recommend splurging on that hotel room to stay at least one night in a city if you really want to see its true character emerge. Venice is an entirely different place when the tenders and tour buses have taken their day-trippers away. 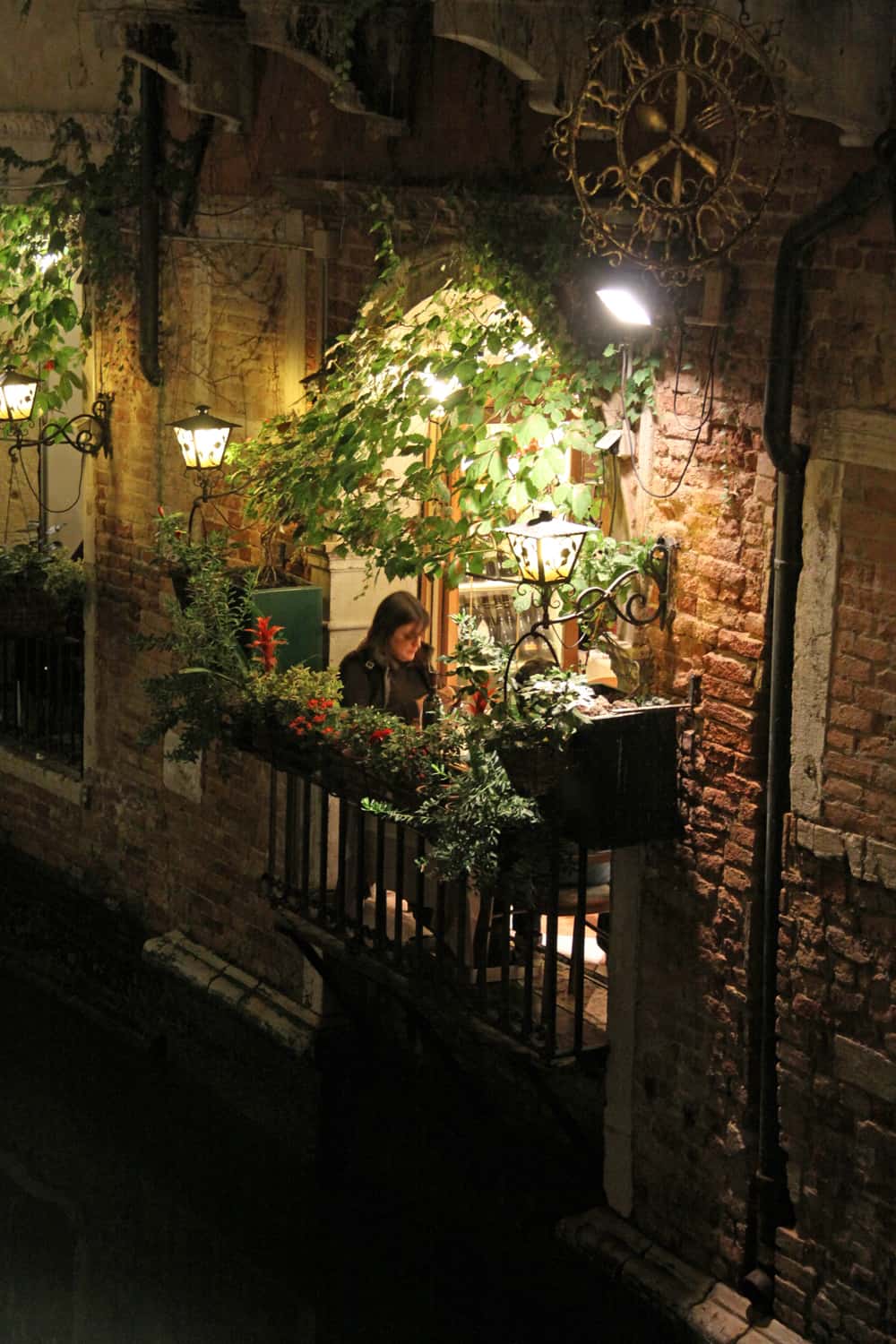 Spend the extra to stay the night in Venice to see the quiet side of La Serenissima.

The problem isn’t just Venice. When some cities are seeing as many as 15 million visitors every year, how does the local government cope with the influx of people and still protect the very treasures they’ve all come to see? Living in Toronto, we get our fair share of tourists, too, close to 15 million of them ourselves. But there is a significant difference between Toronto and Venice: Toronto isn’t sinking! Make no mistake about it, Venice IS sinking.

There comes a point when tourism begins to do more harm than good, if only because of the sheer numbers of people each doing minuscule, inadvertent damage. It’s why some of the most famous tombs of Egypt may soon be off limits (fungus and mould resulting from the humidity from visitors’ breath and sweat are threatening the decoration and integrity of these once-sealed chambers.) The decorations inside the tomb of Inherkhau, artistic supervisor of the Valley of the Kings.

It’s also why, since 2006, you can no longer climb the pyramid at Chichen Iza, where intentional damage like graffiti, plus erosion on the steps caused by too many climbers had made the upkeep of the structure – and risk – too high for the government. Of course, every time I hear about monuments being closed, or access being restricted to them, it makes me want to visit EVERYTHING NOW while I still can! But then, doesn’t that just make me part of the problem?

There’s no simple answer for any of these questions, but it has made me think more about how and when I should travel, and how to respect and help support the place I am going to experience. I’m not rich by any stretch, but I would be willing to pay more for certain experiences if it meant protecting that experience from extinction. Costs for a safari run high, including national park vehicle fees that are higher for visitors than residents.

I factored in the high costs of camping in the national parks in Tanzania because I knew the money helped protect its wildlife; I willingly paid for a permit to hike the Inca Trail, and scheduled my trip around that date, and maybe someday I will have to pay a visitor fee to go to Venice in high season. And in the meantime, I’ve also begun to consider travelling WAY off-season to certain destinations in the search for a more authentic experience.

In fact, when a friend recently told me that she would be travelling to Rome in November, (not necessarily her month of choice), and asked me what I thought about the timing, I told her it was a GREAT idea! She might actually get to see some of the sights she was hoping to, with far fewer crowds and shorter lineups and as an added bonus she might even get to see a few Romans. Fortunately, there’s no charge for that – unless of course, you encounter these guys! These Romans WILL charge you for their photo!

What do you think? Is there a price that travel is exacting on the very destinations we want to visit? And would you pay a price to help offset that? I’d love to hear your thoughts.