Kissimmee: There’s Magic in the Air 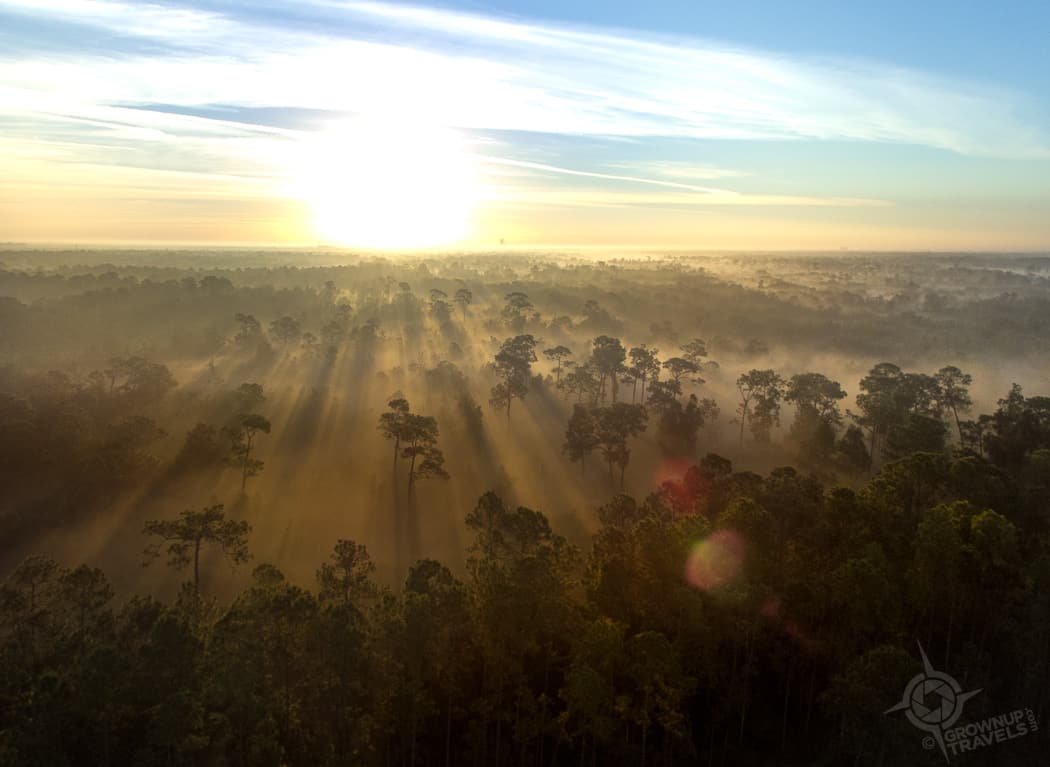 Magical, lush, exotic. If you’re trying to guess the rainforest or off-the-beaten track destination where this photo was taken, I’ll put a wager on your getting it wrong because believe it or not, this is Kissimmee, Florida. Yep, the very same place known for its proximity to theme parks and outlet malls has more than one surprise in store, including a Mickey Mouse that I can guarantee 99% of visitors have never seen! Here’s why, when it comes to Kissimmee, there’s magic in the air. When it comes to developers who’ve done well with their “Florida Swampland” purchase, the Kissimmee area boasts one of the most savvy: Walt Disney. He knew a good thing when he saw it back in 1963, even though at the time all that was here was swampland and highways under construction. But despite this, Disney quietly bought 43 square MILES of this undeveloped land adjacent to Kissimmee, using ‘fake’ company names in order to keep the price per acre from being inflated by owners who would get greedy if they saw the Disney name behind the offers. There’s swampland everywhere in this part of Florida, but that didn’t deter a certain visionary by the name of Disney

There’s no doubt that the $185/acre that Disney paid as a ‘secret’ investor has yielded a massive return on his investment, but he did have to use that famous imagination to deal with the property’s swampy conditions. What Disney did was both creative and smart: he dug out a massive part of the swamp to create the Seven Seas Lagoon, and used the soil from the excavation to build up the foundation for the Magic Kingdom Park. Talk about turning a liability into an asset! 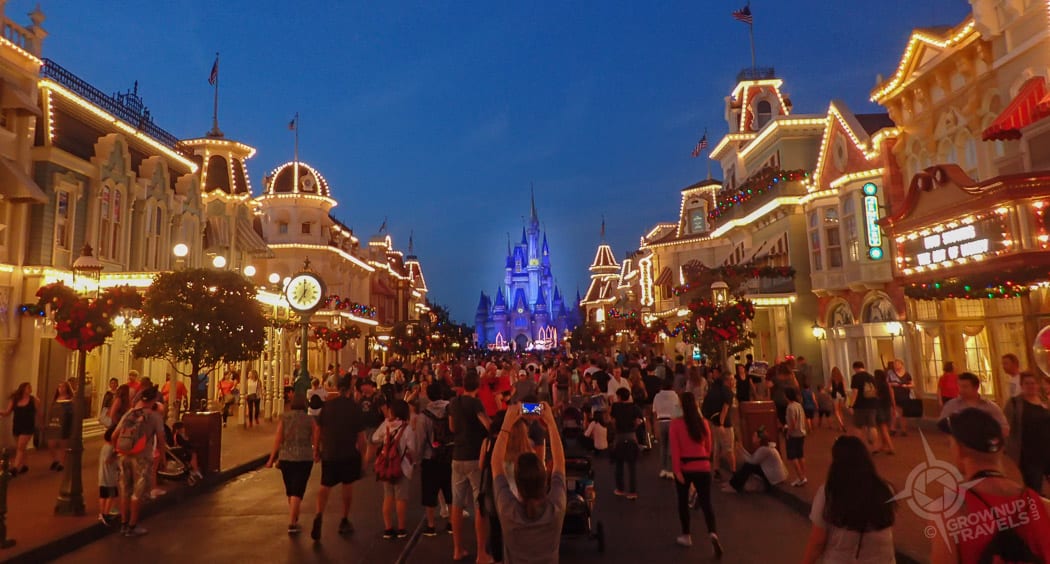 Fun? Fact: The Magic Kingdom actually sits on top of a 9-acre network of high-security underground tunnels used by Disney Characters and park staff to move between areas of the theme park, out of view of the visitors. These ‘utilidors’ also house costumes, props, administrative offices and staff services, as well as the functional infrastructure that services the Parks. Who knew!

Take to the skies for another surprise

There’s more than one surprise that Disneyworld has in store for visitors, but unlike the hidden underground tunnels of the Magic Kingdom, one of the most impressive surprises at Disneyworld is hidden in plain view  but only if that view is from high above. Thankfully, I had the chance to see it courtesy of a helicopter ride with Max Flight Helicopter Services. Max Flight helicopter tours made this epic photo for me!

Based right in Kissimmee, Max Flight is run by Austi Tarter-Leclerc, a Marine veteran, mother of three and helicopter pilot (how bad-ass is that!) who started the business in 2013 and now runs everything from flight training classes to special occasion flights for visitors to the area. Aerial tours of Kissimmee and its attractions are one of the most popular services they offer, especially their evening Fireworks Flights which they schedule so that passengers can take in Disney’s nightly displays from the air.

Even though my flight was during the day, it was spectacular nonetheless, and gave me the chance to see some of the Kissimmee area’s most popular attractions, like Universal Studios with its impressive Hogwarts Castle, and the 400-foot tall Orlando Eye ferris wheel. Universal Studios seen from the helicopter Unfortunately, flights are not allowed directly over Disneyworld itself, but one of Disney’s best-kept secrets IS visible when you fly around the perimeter….

Maybe they got the idea from Peru’s ancient ‘Nazca Lines’ graphics which can only be seen from the air, but whatever their inspiration, Disney’s Imagineers outdid themselves with their living legacy known as ‘Mickey’s Forest”. This aerial landmark is made up of 60,000 pine trees planted by volunteers in 1992 on what was once a defunct citrus grove at the northern end of Disney’s Orlando property. From ground level the feature looks like nothing special, but when seen from the air, the signature silhouette of the world’s most famous mouse is unmistakable, and holds the title as the largest “Hidden Mickey” in the United States. The view on our approach to Mickeys Forest

I get excited at the mere mention of a helicopter ride, but this was also the? chance to be one of very few people who get to see Hidden Mickey at Disneyworld, and even though I’m not a true Disney addict, I couldn’t have been more thrilled (and trust me, it’s WAY better seeing Hidden Mickey from a helicopter than on Google Maps!) Mickey’s Forest, the largest Hidden Mickey in the US

Fun Fact: There are actually several more ‘hidden Mickeys’ you can only see from the air that Disney’s Imagineers have built into Disney’s parks.

Not all of Kissimmee’s magic comes from Disney or Universal. It may be swampland, but the landscape here has a beauty all its own, and there’s nothing more magical than lifting into the sky at dawn to view it from inside the basket of a hot air balloon. Inflating one of Bob’s Balloons for our ride over Kissimmee

Hot air balloons are typically those ‘bucket-list’ adventures that everyone saves for that one special celebration or exotic trip. But there’s no reason why you can’t experience this kind of adventure at a place much closer to home and for no reason other than the sheer joy of it. Because even a place that you think you know looks and feels completely different when you are floating above it. It’s a magical thing that simply must be experienced in your lifetime. It’s no wonder that such a captivating experience has proved so popular. Lingering morning mist, contained by the tall pines in Kissimmee

Take Kissimmee: I would never have thought that this typical Florida town would have appeared so exotic from the air. Taking off just as the sun was rising, with a layer of mist still clinging to the treetops below us, the entire landscape was transformed into something that looked like it belonged in the movie Avatar. Sunlight filtering through the pine forests below made the land look like a rainforest, and only the barking of a dog betrayed the fact that we weren’t in a jungle in the middle of nowhere. Our companion balloon catches the morning light over Kissimmee

As we floated over the watery landscape, every now and then we would catch the reflection of our balloon in a shallow swamp below, giving us an unexpected view of our flight. Drifting over these still-unspoiled forests, I could easily imagine the unspoiled wilderness that this was when Kissimmee was first settled in the late 1800’s. 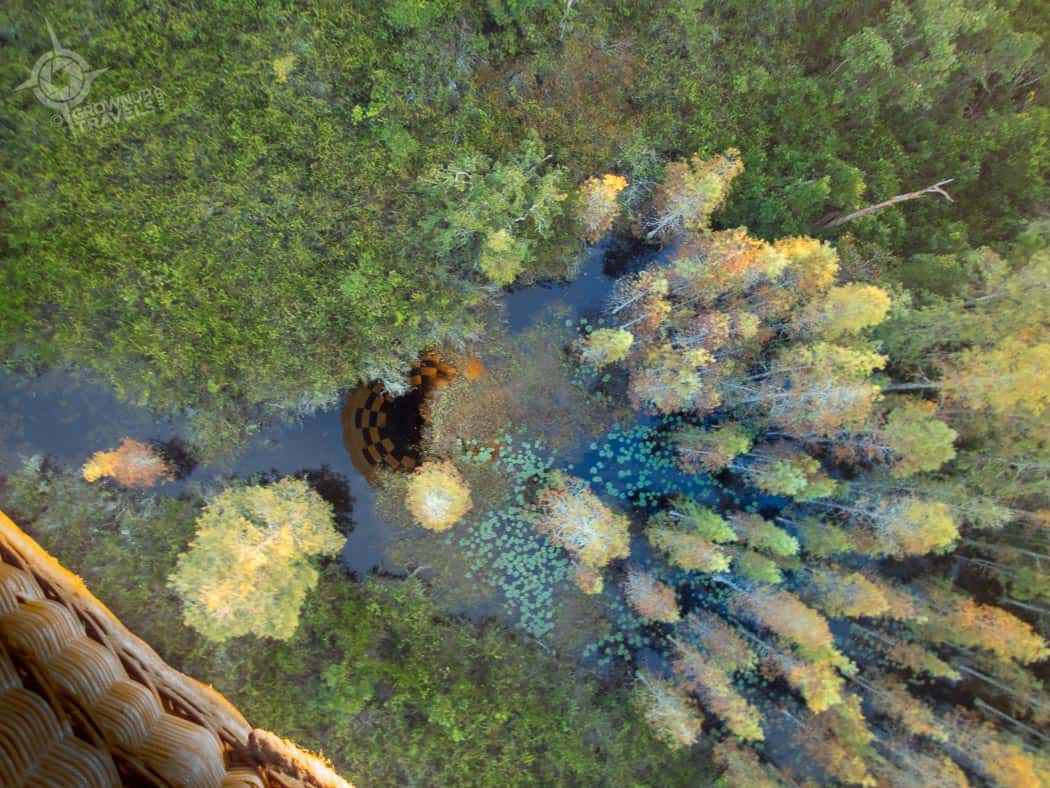 Our hot air balloon reflected in water below

That moment was fleeting, however, and before long the prevailing winds took our balloon back towards the Kissimmee of today where we landed with a soft bump next to a golf course and a brand-new development of vacation properties a sure sign that the city is planning to host many more visitors keen to experience everything that Kissimmee has to offer.

My visit to this central Florida playground was a short one, and in fact, only a few hours after our balloon ride, I found myself right back up in the air, this time headed for home. But one thing I was bringing back with me were some pretty special memories from my time spent in (and above) Kissimmee.

Special thanks to Experience Kissimmee, who hosted me on my adventures in Kissimmee, and showed me that there’s more magic here than meets the eye!