A National Geographic treasure from 1969 The Art: A treasured 1969 issue of National Geographic

The Story: When I was 8 years old, I found this issue of National Geographic at the cottage where I spent every summer, and without knowing it then, the traveller in me was born.

Reading about the temples at Abu Simbel kindled a fascination with Egypt that exists to this day. It captured my imagination and admiration for the engineers both past and present who took on the herculean task of first building and then 5000 years later, moving, these spectacular temples.

Determined to one day visit this incredible site, I waited more than 25 years before realizing that dream. 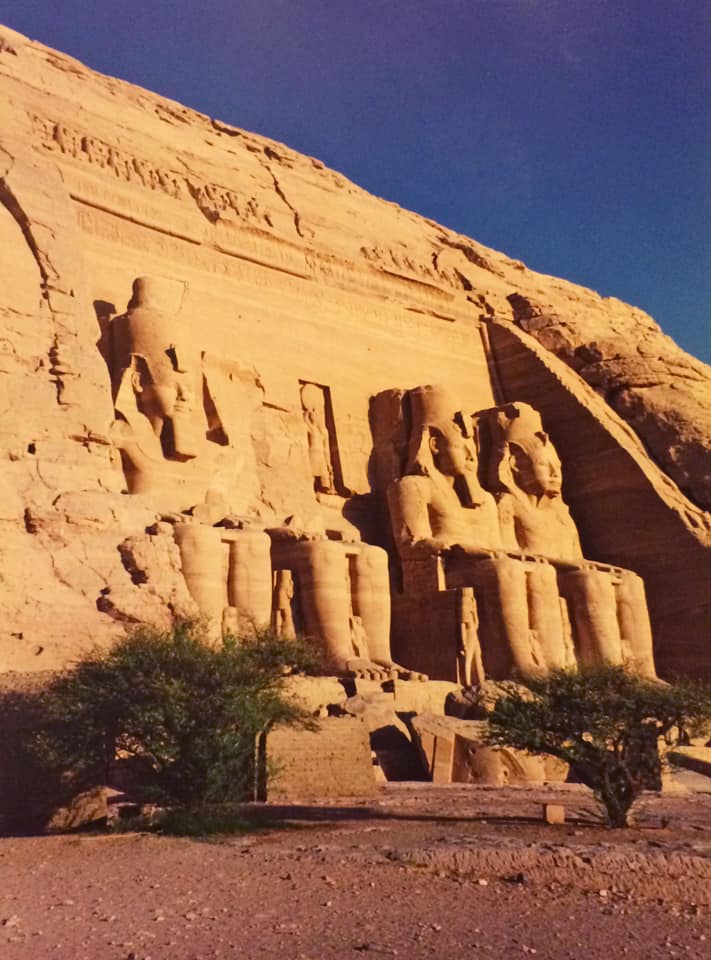 So when my tour bus pulled up to the temple grounds just after the crack of dawn that August in 1994, I left my companions to eat their boxed breakfasts under the lone shade tree on the site, and raced straight to the feet of the giant statues that I had admired for so long. When I arrived, I found this gentleman standing at the small wooden door beside one of the giant figures, about to open the entrance to the greatest of all monuments to Ramses the Great with – you guessed it – an ankh. This was actually the key used to open the door at the base of the temple at Abu Simbel.

That Key of Life ushered me into the dimly-lit interior of Ramses II’s temple, giving me access to the sanctum sanctorum itself, where for half an hour, I sat with the entire space to myself, taking in the hieroglyphs and the colossal carved columns with only the sound of the odd bird flying into the chamber to break the silence.

Artists’ renderings of the ‘discovery’ of the temple came back to me as if I had just read the article days before, and now I sat gazing at the actual columns in front of me.

It isn’t often that the imagination of an 8 year old is exceeded by the real-life experience of a grownup. But in this case, it was.

Which is why, when I got back to Toronto, I scoured the dusty, overcrowded shelves of 3 used book stores on Yonge Street until I found a copy of that old 1969 National Geographic.

And I read it all over again.

The Fact: After exploring the temple be sure to go inside the ‘mountain’ into which these transplanted rooms have been relocated. You’ll see how the temple has actually been reconstructed inside a concrete dome disguised to look like a rock face. 5000+ years of some pretty impressive engineering, both past AND present. If you’ve got a little time, see how they moved the temple in this documentary video.