One of the first trips that Henk and I went on together was a trip to Hawaii, one of those exotic dream holidays that everyone has on their bucket list. And it felt appropriate to choose one of the top romantic destinations because we were very much in the honeymoon stage of our relationship, since we actually celebrated our first ‘dating anniversary’ while we were there. (Well, Henk had a card which he hadn’t signed yet, and I completely forgot!)

All these years later, Hawaii still holds a special magic for lovers, as well as for lovers of travel, and there are plenty of reasons why. Here is the first of two posts that document 10 incredible experiences that Henk and I did on our 2-week tour of the islands of Maui and Kauai, starting with:

I have to say that our first impression of Maui was that we found it almost too developed. Having grown up with the idea of Hawaii as the ultimate dream destination, I guess we were expecting to see a much more remote and ‘exotic’ island. In fact, we had specifically chosen Maui and Kauai instead of spending a lot of time on Oahu, exactly for that reason. So we were a little disappointed to see a very American culture. But only at first.

Once we adjusted our expectations and we realized that we weren’t going to be reliving ‘Blue Lagoon’ on our own private island, we found plenty of things on Maui that over delivered on our tropical preconceptions and that we would definitely recommend to other visitors. Kaanapali Beach is one of the most beautiful 3-mile stretches of golden sand on Maui – or anywhere else in the world for that matter – so it’s no wonder this beach was the exclusive retreat for the royals who once ruled the island. The warm, crystal-clear waters are perfect for swimming and the gentle waves that lap the shoreline often bring tropical fish right to your feet – while walking the beach one afternoon, we saw a pair of colourful needle fish swimming only inches away from us, with no need to even get out the snorkel. 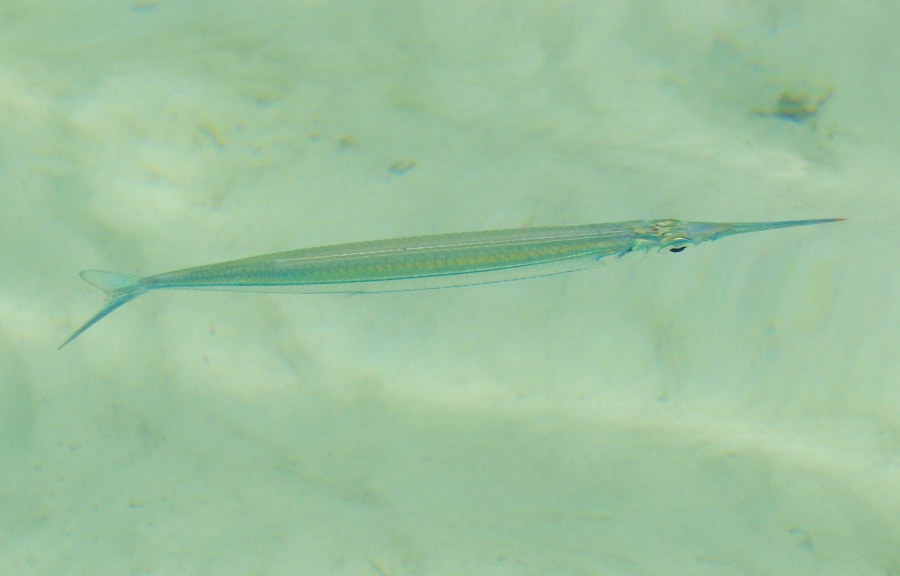 But if you do decide to snorkel, and you are visiting in February or March during the Humpback whales’ mating season, not only will you see whales breaching and chasing each other offshore, but you can actually hear their whale song underwater! Immerse yourself completely and listen for the haunting sounds that even our humble human ears can hear underwater from great distances away. Henk still talks about this as one of the most unforgettable experiences he’s ever had in the ocean.

2. Watch the sun rise from the top of Haleakalà volcano Sunrise as seen from 10,000 feet up on Haleakala in Maui

There aren’t many places where you can drive 10,000+ feet up the side of a dormant volcano and watch the sun rise through a blanket of clouds below you. But that’s exactly what Henk and I did on one of the first nights in Maui, and it was well worth getting up at 2am for the two-and-a-half drive from Kaanapali to the peak. (I had even planned ahead and brought our warm jackets from Canada since the temperature at 10,000 feet is anything but tropical!) There’s something pretty magical about watching the stars disappear from a clear dark sky, to be replaced by pink and orange colours while the sun gradually illuminates the clouds rolling through a stark red and black valley below you. Definitely something I had not expected in my Hawaiian palm-tree fantasy, but one that surprised and delighted me nonetheless. TIP: If you are going to take in sunrise at Haleakalà, do it soon after arriving on Maui, especially if you are flying in from 2 or 3 time zones to the east. Your jet lag will actually make getting up in the wee hours of the morning a lot easier! Also be aware that climbing from sea level to 10,000 feet is a rapid change in altitude and those who are sensitive to altitude may feel some effects. (Like Henk, who slept the entire drive back down the mountain.)

Once upon a time, the 100-km long Hana Highway was considered one for the adventurous only, and rental car companies even prohibited drivers from taking vehicles around the far side of it which was mostly dirt road and not in the best condition for anything other than a four-wheel drive. The reason why Henk and I decided to drive the Road to Hana (in our rental car, of course!) had more to do with the stops along the way than the road itself, although the 620 curves and 59 bridges along its winding drive do take you through some of Maui’s most beautiful, lush landscapes.

One of the best ways to do your self-drive is to grab an audio guide (search for “Road to Hana” in the App store where there are several guides) which give you detailed distances to waterfalls, scenic lookouts, and other points of interest along the way. (They even guide you past ‘private’ and ‘off limits’ areas to where you can swim in waterfalls!)

TIP: Plan your drive so that you aren’t driving on Hana’s winding roads in the dark. There aren’t many places to pull over for the night, nor are there many lights on the road. So if your night vision is anything like Henk’s and mine, you’ll find the drive a lot less fun at night.

4. Hike through a bamboo forest

One of the must-see stopping points along the Hana Highway is a natural formation called the Seven Sacred Pools of Ohe’o in Haleakala National Park. Here, a series of 7 tiered pools fed by waterfalls higher up the slopes of Haleakalà spill down through the Ohe’o Gulch to the sea. Here, too is where you’ll find the Pipiwai Hiking Trail, one of the most beautiful on Maui.

Even though we hadn’t really planned it, Henk and I decided to do the trail (a 3-hour return hike) once we learned that there was a 400-foot waterfall at the top as a reward. The hike itself proved to be one of the most beautiful ones we’ve taken, too, as the trail runs adjacent to other smaller waterfalls that eventually feed the Sacred Pools below. 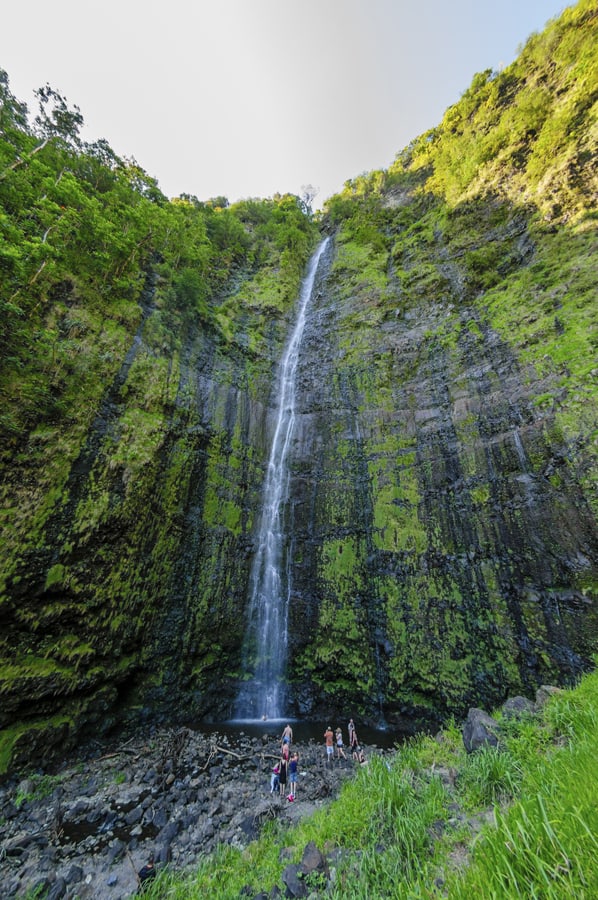 One unforgettable piece of the trail was a stretch close to the top that went through an immense bamboo forest. Here, soaring stalks of bamboo formed a thick, dense canopy overhead and to both sides of a narrow wooden walkway that led us through the dimly-lit path (thankfully the boardwalk kept our boots from being sucked into the mud of the forest floor.) Walking through this darkened bamboo tunnel, the breeze would cause the bamboo stalks to sway and hit each other, making a hollow clack-clack-clack sound that echoed deep into the forest. Even with other hikers nearby, this piece of the Pipiwai Trail had an eerie, lonely ambience that felt like we were on the set of a fantasy movie, with the bamboo providing the perfect percussive sound track.

5. Swim under a waterfall

One of my island fantasies that I had in my head before coming to Hawaii was being able to swim in a waterfall. I mean, nothing could be more tropical-sounding than that, right? And thanks to our drive along the road to Hana, we had the chance to do this a couple of times.

Our first waterfall swim was only a short hike in from the Hana highway (our audio guide thankfully told us exactly where to stop, and described how to hike past a few obstacles to get to the pool.) The pool wasn’t huge, but it had two waterfalls, and Henk and I could climb down to the water easily for a swim. Keen to check off one of the items on my Must-Do Tropical Experiences List, I soon learned that Maui’s waterfalls are anything but ‘tropical’ when it comes to their temperature – these waterfalls and the pools they feed are c-c-c-cold!

Our second opportunity for a waterfall swim came when Henk and I got to the top of the Pipiwai Hiking Trail and saw the stunning Waimoku Falls. The waterfall was beautiful, dropping 400 feet down a cliff overgrown with lush green ferns and rainforest vines. Even though the footing was tricky, Henk picked his way closer to the base of the falls over the rocks and took the plunge next to the plunging waters.

(Full disclosure: I opted out of this second swim, because I didn’t want to be soaked and cold for the return hike.)

Just because you may not be staying at the most luxurious hotels on the island doesn’t mean you can’t hang out there – and on our Hawaiian holiday, Henk and I made a habit of property-hopping and enjoying cocktails at some of the ritzier hotels we found. For the cost of a cocktail, we could change up the scenery and explore more of the island, and we would often go for a sunset drink to see what entertainment the hotel provided as well.

One afternoon we hung out at the Grand Wailea Resort Maui, which has some pretty impressive waterworks in the form of tiered pools and lagoons that wander through the property. They also served a pretty tasty Lava Flow, Henk’s local drink of choice, at their poolside bar. Another night we drove to the Ritz Carlton Kapalua which seemed like a great place for a sundowner, until we discovered that the property faced north, not west into the setting sun. Oops. (We just made the best of it with another Lava Flow.) Here’s another tip while hotel-hopping: Skip the luaus and pig roasts organized as tourist shows through some resorts and elsewhere on Maui. They are pricey and even the locals warn you off of them. (Plus, poi is waaaay overrated!) Instead look for free local hula performances (we caught one at the Ka’anapali Beach Resort in Maui and at the Grand Hyatt in Kauai and all it cost us was a drink on the terrace, a sacrifice we were very willing to make!) Go for free hula demonstrations at hotels and skip the luau

Seven days of touring around Maui – and a few Lava Flows later – and my initial disappointment with the “development” I saw on Maui was long forgotten. Instead, it had been replaced with experiences that allowed me to enjoy the island’s natural beauty along with some of the perks that a first-world destination could offer.

Which, after all, is what many of us would define as paradise.

Next up on our Hawaiian itinerary: Kauai, “the wettest place on earth”, where we had the chance to discover its beauty on 4 unforgettable island adventures.