Chances are if you search Google for images of Canada, something from British Columbia will turn up first. That’s not surprising, given that this province is one of the country’s most beautiful when it comes to landscapes. Pristine lakes, rugged snow-capped mountains and soaring old growth forests make this one of the most dramatic parts of the country when it comes to landscapes, and it is also what many people imagine when they think of Canada.

But British Columbia is much more than just unspoiled wilderness and natural wonders, which the province has in spades. There are also diverse communities with unique lifestyles and experiences for visitors to enjoy: there is the hippy/surf vibe of Tofino on Vancouver Island that feels like Canada’s version of southern California; the multicultural metropolis of Vancouver whose residents love to leave the corporate towers to play outside when the sun comes out; and of course the West Coast indigenous peoples who have lived here in harmony with the land for thousands of years.

If you are an outdoor enthusiast of any kind, British Columbia is your year-round mecca. Warmer months offers opportunities to go hiking, mountain biking, kayaking, surfing, horseback riding, fishing and more. And when winter comes, BC is where you can enjoy some of the best skiing and snowboarding in Canada, with top resorts like Whistler (a venue for the 2010 Winter Olympics) offering all the challenging runs and après ski action you could want.

Urban ‘culture vultures’ will enjoy BC’s world-class attractions like the Museum of Anthropology in Vancouver, a standout example with thousands of artefacts from Papua New Guinea to the high Arctic). There are also stellar culinary offerings from farm-to-table local fare on Vancouver Island to 5-star gastronomy in Vancouver. And all around the province are cities large and small where you can meet local artisans, stroll galleries, and see some of the most iconic indigenous art in North America. 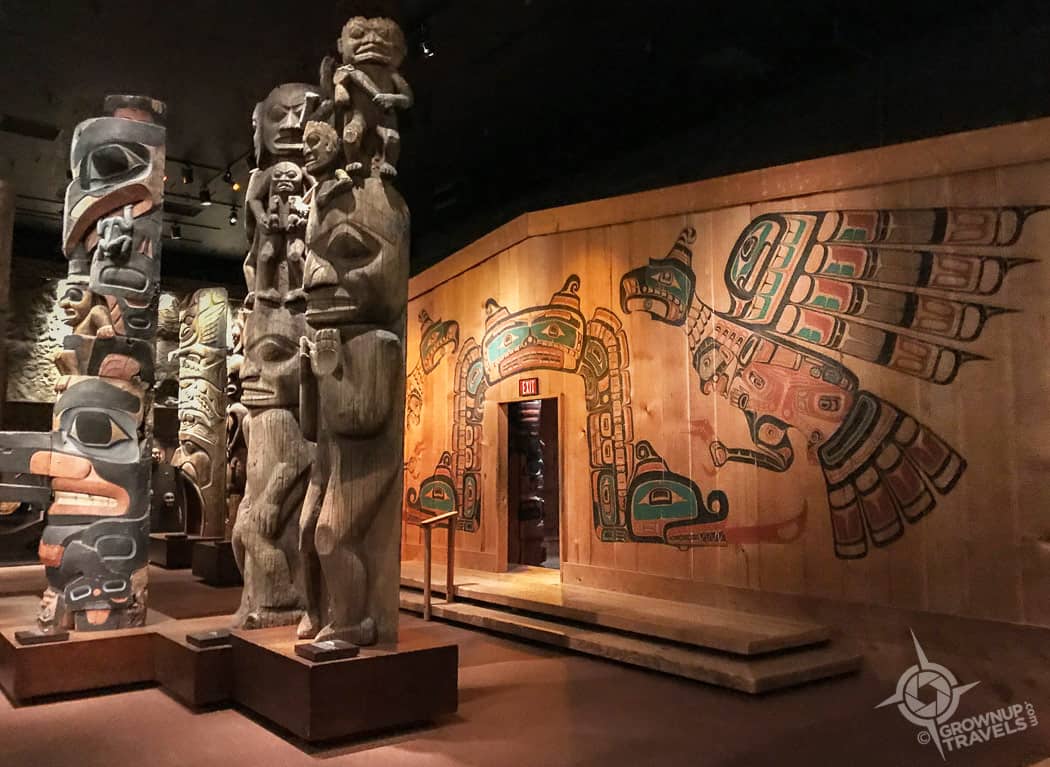 Wherever you go, or whatever you choose to do in British Columbia, you’ll discover one thing that the people who live here all have in common: a deep appreciation for the natural beauty that surrounds them, and a more laid-back attitude that gives them the permission to get out there and enjoy it. We could learn a lot from them.

TIP: With its spectacular scenery, British Columbia is a great province for driving tours, but keep in mind that map distances can be deceiving compared to driving times – drives can take much longer if you are following coasts or going through mountains. Back in the early 1950s, Cunard cruise lines launched one of its most memorable advertising campaigns, with its slogan “Getting there is half the fun!” So successful was that line that it was adopted into the travel vernacular, and people still use the expression today whenever the means of getting to a place is as much fun as the destination. Nowhere is this concept more true than in Penticton, British Columbia, where Henk and I embraced the city’s own “Fuel Free…almost” tourism campaign by renting e-bikes and cycling 34km on a piece of the Kettle Valley Rail Trail.

END_OF_DOCUMENT_TOKEN_TO_BE_REPLACED Things to Do in Sooke, BC

It was actually the potholes that first attracted Henk and I to the small town of Sooke, British Columbia, on Vancouver Island – just not the kind of bone-rattling potholes you find everywhere on Canadian roads in the spring. Sooke’s Potholes actually refer to a feature along the Sooke River where carved depressions in the river bed were hollowed out during the last ice age. Known for years to the locals who use them as popular swimming holes, the potholes have become an off-the-beaten path attraction for visiting hikers as well. But as Henk and I learned on our visit, hiking to the Potholes is only one of many things to do in Sooke.

END_OF_DOCUMENT_TOKEN_TO_BE_REPLACED Jennie Butchart, the visionary behind the world famous Butchart Gardens outside of Victoria was the first to admit that she knew ‘next to nothing about gardening” when she started her massive garden project. What Jennie did know, though, was that she valued beauty, and knew her way around colour and design. And she used that knowledge to create something whose sole purpose was to delight the eye…