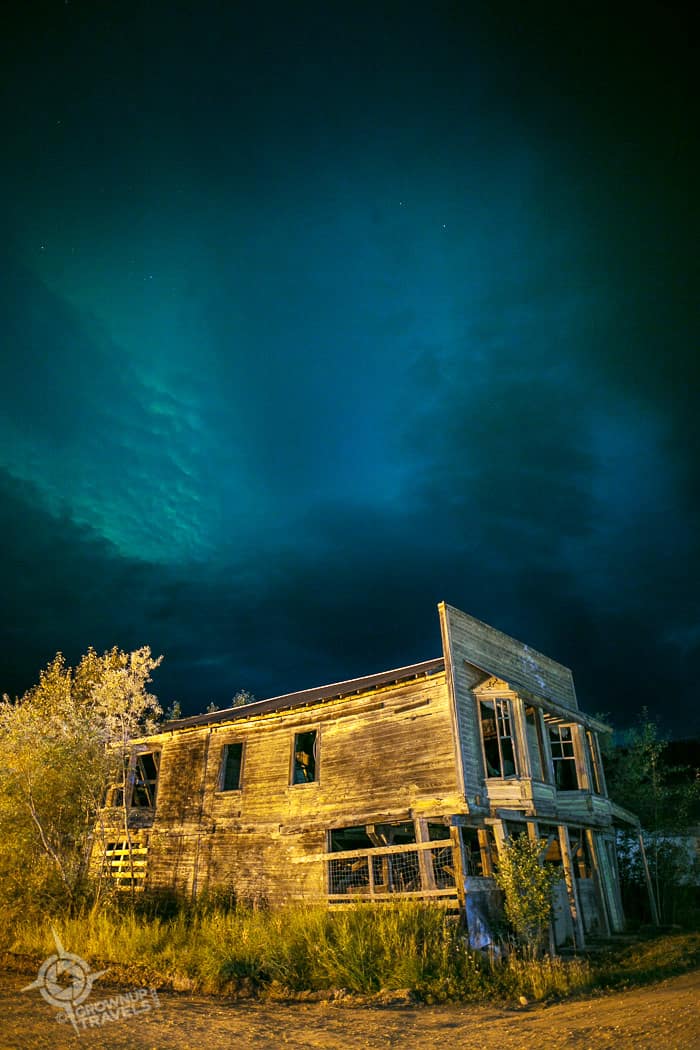 Its tagline is ‘Larger than Life’ and the Yukon lives up to its promise.

The Yukon is one of Canada’s two territories that lie north of the 60th parallel, but its remote location is not the only thing that sets this place apart from the rest of the country. Huge on scenery but tiny in population, the Yukon is both much smaller and much bigger than you’d imagine: towns are not just small, they are really small – but with big hearts and a strong sense of community. Distances here seem longer than down south,  as most of the territory is accessible by gravel roads where you might not see another vehicle for hours.
One thing is certain, though: wherever you go in the Yukon you are bound to encounter something that will fill you with wonder: it could be the magical display of the aurora borealis; it could be Gold Rush towns that appear frozen in time; or it could be the characters who call this place home.

Geographically the Yukon offers breathtaking scenery that will have you saying ‘wow!’ from the moment you spot its pristine landscape from the airplane. Mountains both young and old dominate much of the area hugging the Alaska border, including Canada’s highest peak, Mount Logan, perpetually under a cap of snow and ice in one of the largest non-polar ice fields on the planet. Turquoise lakes and rivers sparkle like jewels under a midnight sun that doesn’t set for 20 hours in the summertime. And a storied highway, the Dempster, cuts through the ragged and spectacular Tombstone mountains en route to the Arctic Circle where skinny spruce trees are left behind and replaced with tundra.

As beautiful as it is, the Yukon can be an unforgiving land, with a harsh climate in the winter that makes for equally hardy residents. The people who live here work hard and play hard and all have one thing in common: their love of this wild, beautiful place. Visit the Yukon for yourself, and you might find the same thing happen to you.

READ MORE ARTICLES ON THE YUKON BELOW: Anyone visiting the Yukon will obviously want to spend time in the Territory’s gateway city, Whitehorse. And there are plenty of things to see and do there, whether you want to shop for gold or tour an historic paddlewheeler. But there are also some interesting destinations and fun adventures waiting for you outside the city that show off the uniqueness of this beautiful Territory: here are 4 must-do day trips from Whitehorse that will show you glaciers, jewel-coloured lakes, deserts and more.

END_OF_DOCUMENT_TOKEN_TO_BE_REPLACED 5 Must-do (but easy) Hiking Trails in the Yukon

When it comes to options for choosing hiking trails in the Yukon, this territory in Northern Canada boasts an embarrassment of riches – and that's the problem. With so much spectacular wilderness pretty much everywhere you look, the question of where to hike is...

END_OF_DOCUMENT_TOKEN_TO_BE_REPLACED Guide for the Best Things to do in Whitehorse, Yukon

If you are heading to the Yukon (which Henk and I would highly recommend everyone do in their lifetime), chances are you will be flying into Whitehorse. With a population of 26,000 in a Territory that has only 38,000 people in total, Whitehorse may seem like a small...