Who knew there was a lavender farm a little over an hour from Toronto? And while it may not have hundreds of acres of purple stretching to the horizon like we’ve seen in those [heavily-retouched] postcards from the south of France, Terre Bleu is a charming family-run farm that packs everything lavender-related and more into a pretty Milton property.

And judging by the crowds who kept arriving, Terre Bleu has become a popular weekend destination for city dwellers looking for a breath of fresh, lavender-scented air. 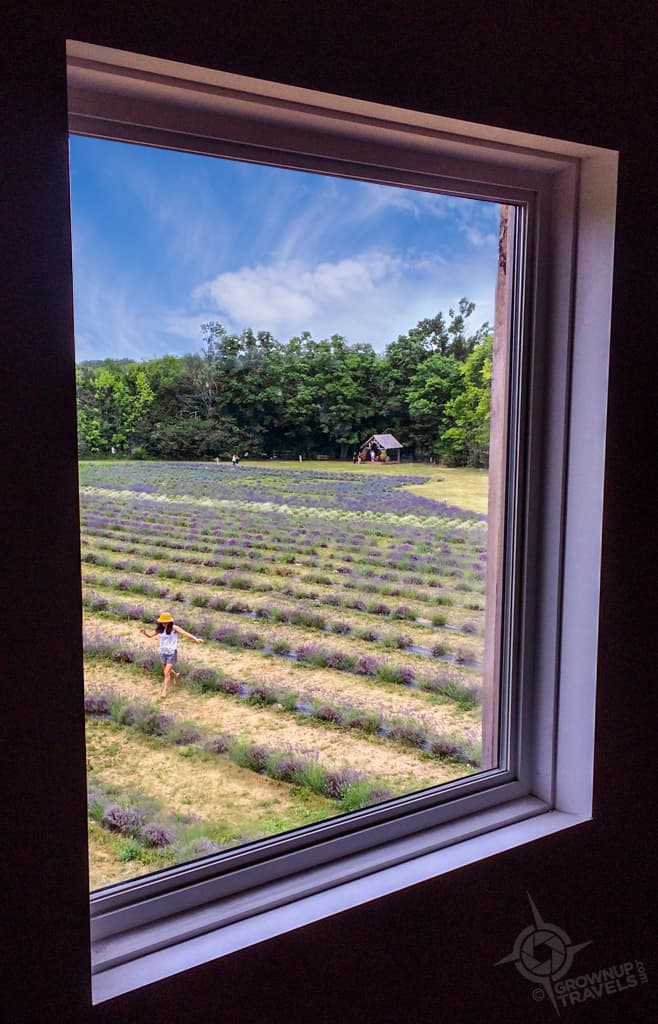 Terre Bleu has several fields with different varieties of lavender. 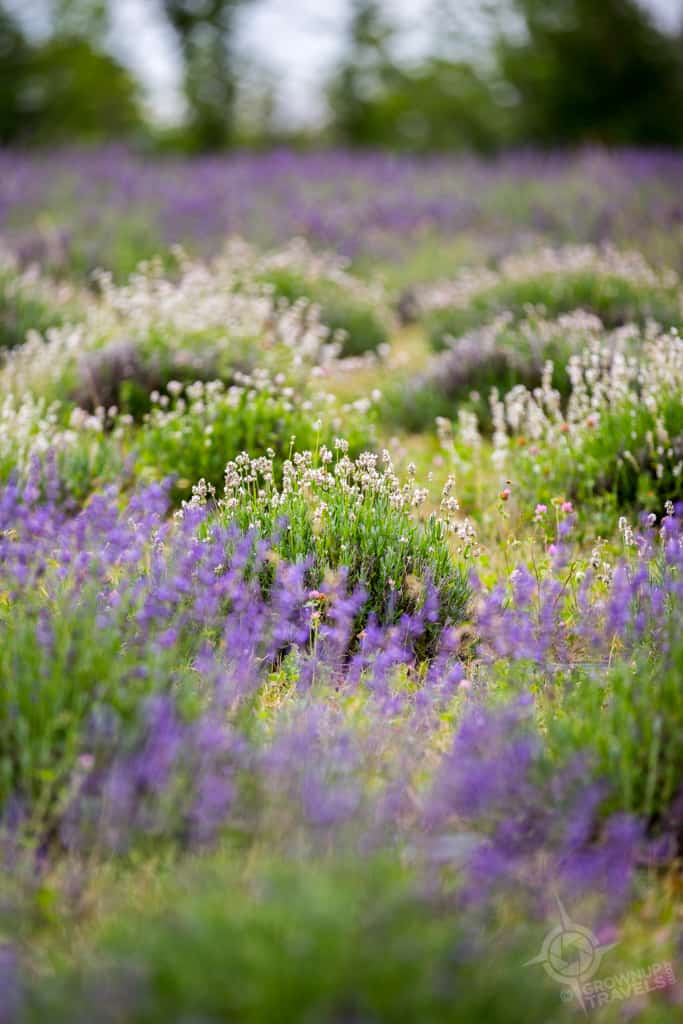 I first heard about Terre Bleu when the owner, Ian Baird, an ex-marketer like myself, spoke to a group of entrepreneurs about his new endeavour: growing lavender on a family farm he purchased just outside of Toronto. My first thought was “Talk about a 180-degree career switch!” quickly followed by “Can you even grow lavender in this climate?” An apiary on the property produces unique lavender-flavoured honey

Turns out that yes, lavender can be grown in Canada and there are actually several farms located across the country, Terre Bleu being the largest one in Ontario with almost 40,000 plants.

Terre Bleu is not a botanical garden – when Baird switched careers, it was to create a viable business, not an oversized hobby. To that end, Terre Bleu is a working farm, growing and harvesting its plants to make and sell unique lavender-based products. How to stand out in a field of colour? Wear more colour!

There are the usual beauty and scent products of course, but Baird has partnered with other artisan food producers to craft unusual edible creations like their lavender ice cream, macarons, honey and even cheese. Henk had to sample the lavender ice cream!

A savvy businessman, Baird has redirected his marketing energy into making Terre Bleu more than just a one-visit-wonder. During the summer months when it is open, the farm hosts special seasonal and culinary events, along with their regular tours of the property. There are also yoga classes that take place adjacent to the fields, craft and art classes, and even equestrian demonstrations. The drought this summer meant the grass between rows wasn’t very green, but the lavender was plentiful and fragrant

And for the first time this past July, Terre Bleu hosted what promises to be an annual event, the Joie de Bleu Lavender Festival with musical performers on-site and live cooking demonstrations by local chefs.

Purple fields and a yellow door

Even though Henk and I learned later that we had just missed the Lavender Festival, our mini-escape to the country to see – and smell – the lavender was a relaxing and civilized way to spend a couple of hours, taking a few photos of the fields and the flowers, and checking out Terre Bleu’s art gallery and gift shop. After two hours or so of drinking in the scent of lavender, Henk decided we needed to drink in something alcoholic, and since the little village of Campbellville is only a short drive away, we headed there for a late lunch. But for me, there’s no visit to Campbellville without a visit to a stained glass store that is one of my favourites: The Stonehouse of Campbellville. If stained glass is your thing, this is one place you’ll want to check out, even if only to window-shop in this rambing indoor-outdoor shop. Which is exactly what we did. Between Terre Bleu’s lavender fields and the Stonehouse’s stained glass beauties, our afternoon drive to the country turned out to be a colourful way to spend a Sunday. And whether it was the effects of all that lavender (or the white wine), I returned to the city feeling decidedly stress-free.

TIP: Terre Bleu Lavender Farm is open from June to August and costs $10 to visit. For farm hours, and to check on the state of their blooms, visit their Facebook page before your visit for daily updates.